Fact Sheet: Pandemic, Poverty and People-Reality of the Urban Poor of Ahmedabad city, Gujarat during the lockdown. Read More

Tobacco is a major risk factor for a number of diseases affecting all age groups. WHO data shows that tobacco uses kill nearly six million people in a year. One person dies every six seconds due to tobacco.

In India, around 35% of adults (47.9% males and 20.3% females) in India use tobacco in some form or the other. Use of smokeless tobacco is more prevalent in India (21%) as per Global Adult Tobacco Survey India (GATS). The National Tobacco Control Program was launched by Ministry of Health and Family Welfare, Government of India in 2007- 08 to bring about greater awareness about the harmful effects of tobacco use and tobacco Control Laws as well as to facilitate effective implementation of the tobacco Control Laws

To support the Government of India in implementation of  the Cigarettes and Other Tobacco Products (Prohibition of Advertisement and Regulation of Trade and Commerce, Production, Supply and Distribution) Act, 2003 [COTPA, 2003]CHETNA has been awarded this programme by Salam  Mumbai to support the implementation of COTPA 2003 in public schools. 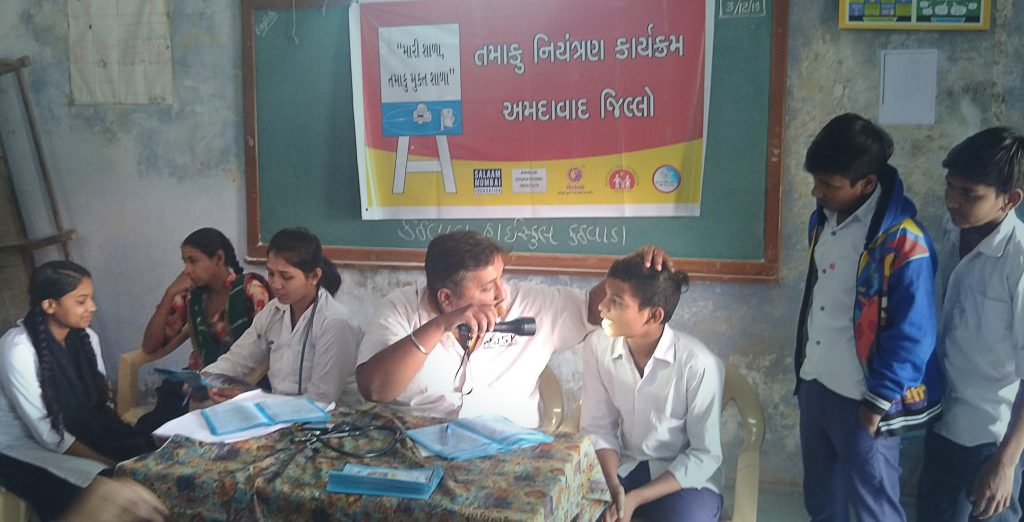 20% Schools would be tobacco free